I only just received The Gold Rush. This film was reedited and rereleased by Chaplin in 1943 with a new muscial score and narration by Chaplin. Unfortunately, I didn't know this. It appears the disk I received has the 1943 version, rather than the 1925, so, I'm left trying to evaluate the film as if I'd seen it without the sound.

Charlie Chaplin was responsible for the narration, and I can't fault his motives for trying to take advantage of sound. But, in my opinion, it doesn't work. The dialogue is rushed, and detracted from my imagination of how things were being said. It's hard to tell, but I think I like this the least of his films I've seen (Hard Times and City Lights). It does include the famous dancing dinner rolls scene (lovely and funny), some amazing walking against the wind, and astonishing sets with great forced perspective. There is also the bittersweet love story with well-handled displays of casual human cruelty. (There's also some surprising violence.)

Worth seeing, but try to watch the 1925 version.

New Year's Eve dinner is prepared, but the ladies have not appeared as promised. 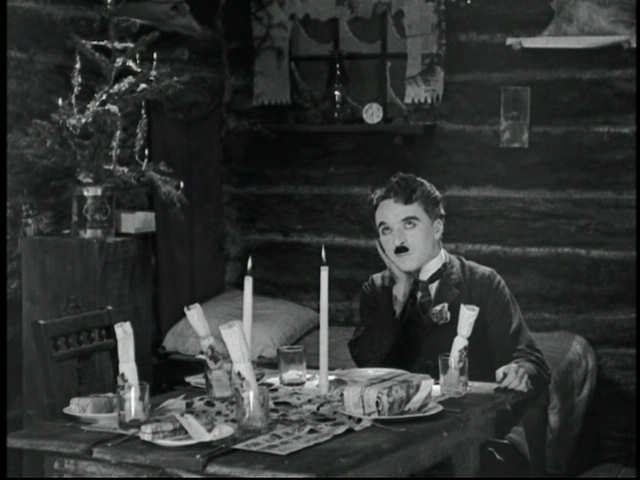 "Should auld acquaintance be forgot..." That's Chaplin leaping out of the falling cabin. How this was done so realistically, I don't know. 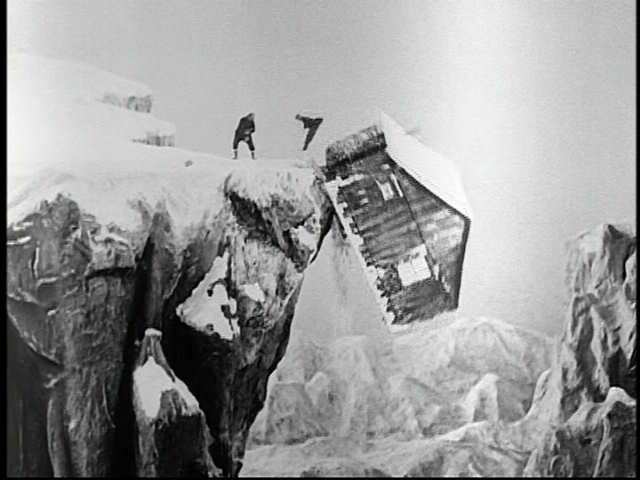