Let me tell you want I didn't expect in The Deer Hunter (1978). I didn't expect three hours of character development. After the first hour I thought, "Wow, an hour of character development before the 'story' kicks in." Nope. The entire movie is about the characters, and director Michael Cimino somehow manages to keep the pacing alive throughout, holding my attention from the first frame to the last. (Sadly, Cimino's next film, Heaven's Gate was a truly huge disaster--it caused United Artists to file bankruptcy--, and his career has never lived up to this movie.)

One of the stars is Robert De Niro, only a couple of years after Taxi Driver. He shows that he's a true actor, by which I mean someone who can become another person. I'm not against stars who seem to play the same character over and over. But De Niro is a great actor. (Watch The King of Comedy followed by The Mission sometime.)

The other three stars I was familiar with were the intense John Savage, the superb Christopher Walken, and the tremendous, lovely Meryl Streep in only her fourth film. I also really liked the character played by George Dzundza.

The Deer Hunter can't in any way be called a happy movie. Its whole point is how regular people get destroyed by wars that they didn't initiate, and, in the case of Vietnam, were forced to fight in. But it's the normalcy of the characters that's compelling. De Niro's efforts on the part of his friends aren't due to special nobility, but instead to a kind of character evident in many people. What happens to all of them doesn't reveal them as lesser or greater humans. It reveals them as simply humans who have done and seen things no human should.

Let's see if I get this correct. But first, who do you recognize? (sorry, it's not the best screen capture).
Starting from the left: John Cazale, who died soon after filming, Robert De Niro, John Savage (behind the bar), an extra, Chuck Aspegren, and Christopher Walken. 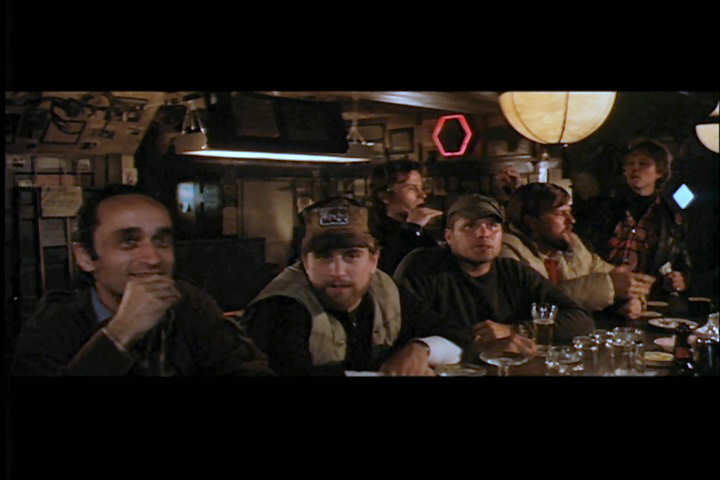 Meryl Streep and Christopher Walken. Notice how the photo of De Niro is framed next to Walken, foreshadowing later film events. 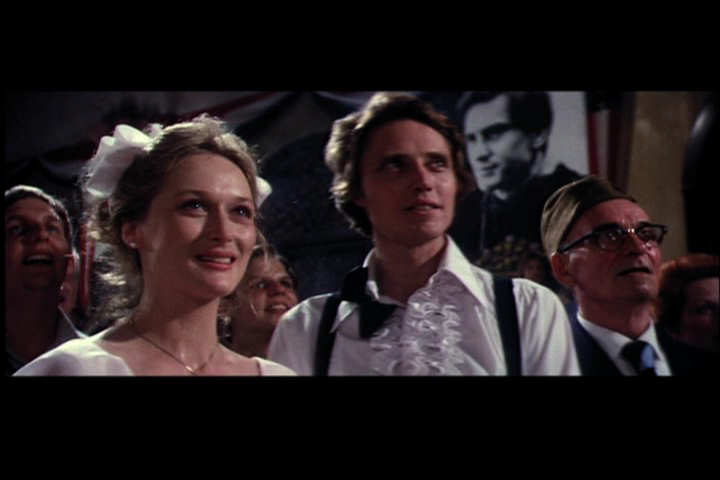 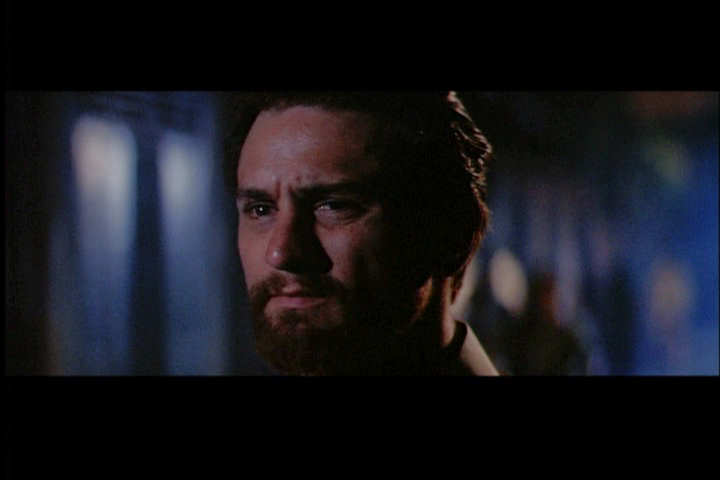 The exquisite Meryl Streep, who's performance makes acting look far easier than it is. 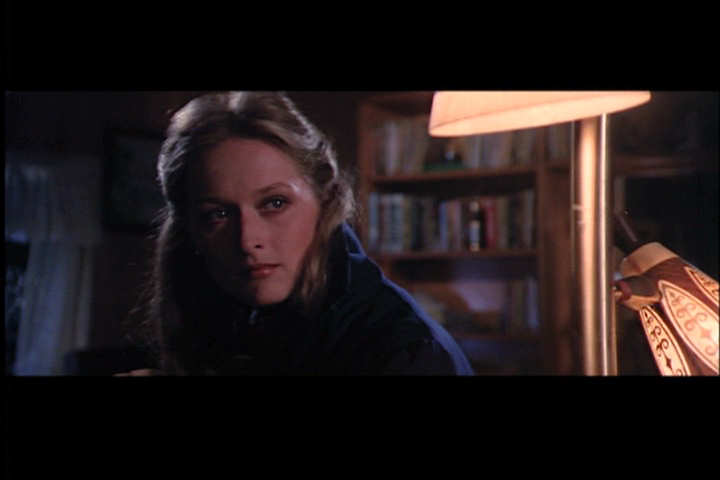 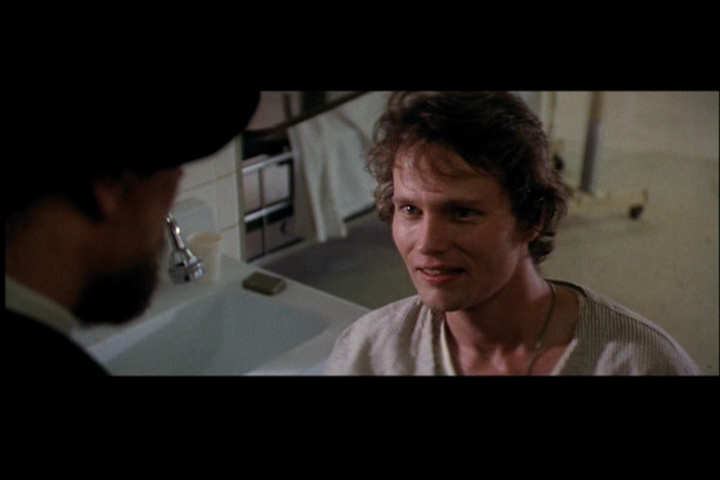 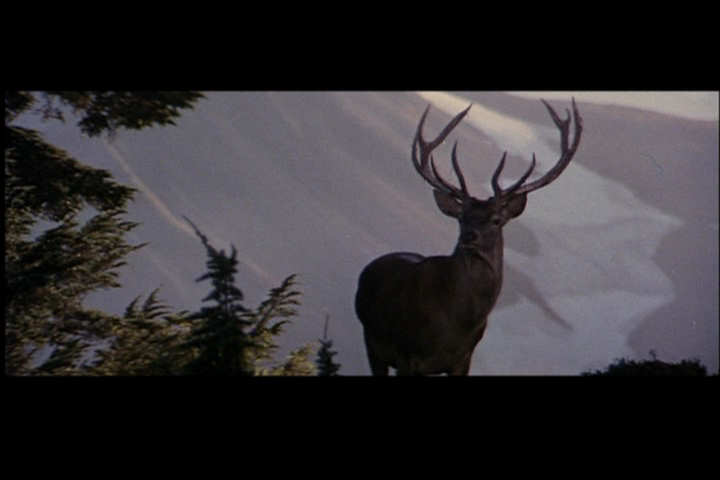